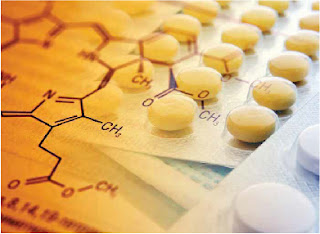 Terahertz spectroscopy and imaging techniques have advanced the chemical and physical characterisation of active pharmaceutical ingredients (APIs), excipients and final solid dosage forms. Terahertz radiation can be used to investigate both chemical and solid structures, as well as provide information on the bulk morphology of pharmaceutical materials. The penetrating and non-destructive properties of terahertz light, coupled with its high acquisition rate, makes this technology a promising candidate for process analytical technology (PAT) applications.

Terahertz radiation corresponds to frequencies between the microwave and infrared regions of the electromagnetic spectrum (300 GHz to 10 THz, or wavelengths of 1mm to 1μm). For many years the terahertz region had been referred to as the ‘terahertz gap’ because of the difficulties in generating and detecting terahertz light. This has changed over the past few decades due to major advances that have brought down costs and instrument size, from $500,000+ laser systems that can take up an entire laboratory space to sub-$100,000 benchtop – and even hand-held – devices. Such breakthroughs have brought terahertz techniques into the mainstream and have enabled terahertz technologies to be implemented in industrial settings.

The full article can be accessed here (subscription required): link